The Yale-Professor and Nobel Prize laureate explains why good stories move the markets more than bare figures. And how Donald Trump takes advantage of that. 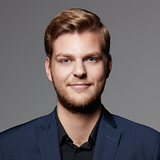 Professor Shiller, did you ever invest in Bitcoin?
No, I never did. And I'm not planning on doing that either.

Bitcoin is one of your favorite examples of what you describe in your new book and call Narrative Economics. How are such narratives created?
I began to think about narratives when I was 19 years old and I had started to be educated about economic models. I always had the feeling that economists forget something in their calculations: That people never simply accept incidents, but always interpret them. And that is an essential fact, that people need a story, a narrative. For example, people look at heroic figures. And they continue to tell this story.

Why was the Bitcoin narrative so viral?
This emerged from a kind of idealism. Narratives often have a political or patriotic tone. The story of Bitcoin contains a sense of identity. The fear of artificial intelligence and that jobs will be lost due to machines has been particularly pronounced in recent years. As a way out, people now somehow want to get involved in this new world.

Joining the Bitcoin community is an easy way to do this, you can simply buy the coins online. The owners are proud of it and identify themselves with the urban, hip tech scene. That's it. It's a kind of freedom improvement that people think has discovered a new world. I am no longer just a member of a country, but a member of a cosmopolitan community full of inventiveness that can change the world. This rhetoric is so powerful that it does not stop and is spread more and more.

Why should narratives be a problem?
They don't have to. But I think that people who want to predict something must try to assess the power of narration. They have a great influence. They must try to understand stories in order to understand these phenomena. And economics cannot be separated from these stories because there is so much motivation in them.

Nevertheless, they can cause problems.
Sure, just think of the Laffer curve...

... a financial hypothesis according to which tax revenues first rise as the tax rate rises, then fall again once the maximum has been reached. Are you thinking of Reaganomics, the economic policy programme of former US President Reagan?
Exactly. Reagan referred to Laffer and lowered income tax on the pretext that, according to Laffer, this would increase tax revenues. Exactly the opposite has happened. If Laffer hadn't had such a popular narrative behind him, Reagan would never have been able to do so, because nobody believed him to have this effect. It is said that Laffer sketched out his entire theory on a serving in a restaurant. As a flash of genius out of nowhere. People still tell each other that anyone who can shake something like that out of his sleeve has to be such a genius that the theory is right.

Because of your description, do economists increasingly have to orient themselves towards the humanities in order to understand narratives rather than mathematics and statistics?
Mathematics is also a useful tool for studying the humanities. There are some methods used by people in the humanities to understand the power of narrative. Right now, thanks to the digital revolution, these fields are moving closer together. Narrative does not mean that they cannot be explored statistically. And the larger the mass of data, the better the research results. Artificial intelligence and big data give us the chance today to understand economic narratives much better.

There are economists who warn of a dilution of economics.
Well, I think we simply must keep up with reality. There is a famous anecdote about an economist standing under a streetlight looking for his wallet. When asked whether he had lost it here, the economist replied: 'No, somewhere else, but the light is better here to search'. There are analytical techniques that would work very well, but only if you really understand the environment.

Are Narrative Economics currently experiencing a hype due to Trump-Narrativ's? The next self-styled dealmaker, Boris Johnson, sits now in Downing Street.
Yes, that's certainly so. And that's fascinating to see how much Trump dominates. He's on the front page every day. And Boris Johnson, I once heard him speak at dinner, is also an excellent speaker. And for both, what makes their similar narrative different is that they don't care if you doubt them. They do outrageous things. The most important thing to achieve a high degree of political power is to bring a good story with you. And not what you do, but how.

The narrative of the wealthy dealmaker is not necessarily new, we have already spoken briefly about Reagan. Why does it work so well with Trump anyway?
Well, you must understand that he managed to establish himself as a self-made billionaire. He was lucky enough to inherit 400 million in today's dollars from his father. But Trump himself lies about it. He claims that he is a self-made billionaire through and through. He has created his own story. He had a good sense of the power of narration and was not afraid to write his own story. He wrote many books about himself or had them written. And the genre of self-help to become rich and successful is very tempting. Many people love books that tell them how to become a dealmaker in life. Another thing is the element of chance: the name Trump. That sounds like a winner in a card game. The latter also fits in a bit with his political approach.

How do you yourself benefit from narrative economics? Many people see you not only as an economist, but as economic prophet.
Of course, that will also play a role for me to a certain extent. But you can't compare that with Donald Trump. That's all right with me, too.