The European Commission president on Wednesday presented a plan to set up a common coast guard, border patrol and legal path to immigration into the E.U. While declaring asylum to be a "universal right,'' Mr. Juncker's vision faces an uphill battle. 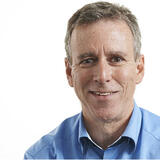 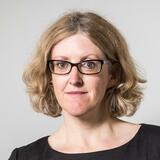 Calling asylum a "universal right,'' European Commission President Jean-Claude Juncker on Wednesday called on E.U. countries to relocate 120,000 more refugees from Hungary, Greece and Italy to other parts of the 28-member bloc, and criticized states that are refusing to take in migrants.

"We Europeans ... should remember that Europe is a continent where nearly everyone at one time has been a refugee,'' Mr. Juncker, the former prime minister of Luxembourg, said in a speech in Strasbourg to the European Parliament. "Our common history is marked by millions of Europeans fleeing religious oppression and dictators.''

So far this year, about a half million refugees have entered the European Union, Mr. Juncker said. Even so, the migrant arrivals make up just 0.11 percent of the roughly 508 million population of the bloc which stretches from Ireland to the doorstep to Russia. By contrast, Lebanon, which along with Iraq and Jordan has taken in the bulk of Syrian refugees, has migrants that represent about a quarter of its population.

In blunt terms, without naming individual countries, Mr. Juncker criticized by implication E.U. members in eastern Europe such as Poland and Slovakia, but also western economies such as France and Britain, that have refused to accept a quota system on housing immigrants urged by Germany and Sweden, which are taking in most of the refugees.

Europe's opt-in system of government administered out of Brussels has come in for strong criticism in the refugee crisis, highlighting the limits of the European system of optional adherence to rules adopted by E.U. lawmakers.

Although E.U. law requires border countries to handle responsiblity for processing refugees, Italy, Greece and Hungary have been overwhelmed by the mass migration this summer, and have waved through thousands of refugees to Germany and points north.

The practice violates the E.U.'s Dublin protocol, which binds E.U. countries to process refugees whereever they enter the bloc. Germany in effect acknowledged the ineffectiveness of the provision last month when it said it would ignore the Dublin protocol and process the asylum requests of most Syrians making it into the country.

Hungary has come in for strong criticism from other E.U. countries for its handling of refugees, which it had confined to train cars and areas around the central train station in Budapest, in violation of E.U. guidelines on how asylum seekers should be treated.

Thorbjørn Jagland, the secretary general of the Strasbourg-based Council of Europe, an organization set up in part by Winston Churchill whose 47 member countries focus on human rights issues, echoed Mr. Juncker's appeal for unity within the E.U. bloc.

“The ongoing migrant crisis is creating unprecedented challenges for European states,” Mr. Jagland wrote in a letter to the group's member countries. “A minority of countries is being asked to absorb the majority of incomers, and political solidarity is being severely tested.”

“Many of the incomers are asylum seekers whose requests to stay in Europe will be accepted,” he added. “It is self-defeating to mistreat or demean any future member of our societies.”

We are fighting against the (Islamic State), why are we not willing to accept these people fleeing that state? It's high time to act and manage the crisis together. There is no alternative to this. Jean-Claude Juncker, European Commission President

Without naming Hungary, or countries such as Slovakia, which has suggested it was only willing to take in Christian refugees, Mr. Juncker condemned E.U. countries for flouting the bloc's legal standards.

"We now have common standards for the way we receive asylum seekers, for their dignity, how we process their asylum applications, and we use common criteria to determine if someone can have protection,'' Mr. Juncker said. "But these standards must be respected everywhere in Europe. This is clearly not the case.''

Mr. Juncker noted that the commission, the executive branch of E.U. government, had initiated legal proceedings in 32 cases against E.U. member countries for refusing to accept refugees. A second round of so-called "infringement proceedings,'' which measure whether a country has violated the E.U. charter, will be launched in coming days, he said.

But infringement proceedings usually take years to adjudicate through E.U. courts, and tend to end in token fines.

Josef Janning, a member of the European Council on Foreign Relations based in Berlin, called Mr. Juncker’s plan ambitious.

“It’s big enough that it means the E.U. won’t have to be constantly reacting to the situation and playing catch up; it sets out a permanent instrument and a process,” Mr. Janning said.  “What’s different today is that there’s a critical mass of member states behind this to go forward together with shared tools.''

Mr. Juncker said he planned in coming months to propose creation of a common E.U. border and coast guard, as well as a streamlined, easier path to legal immigration into the European Union. But like his proposal to relocate 120,000 refugees -- which follows an initial request to redeploy 40,000 made in May that has been largely ignored -- E.U. countries, not Brussels, wield the decisive vote.

With Britain and France reluctant to commit to accepting more refugees, and many countries in eastern Europe or in Spain and Portugal still reeling from the effects of the euro crisis, a quick fix to Europe's refugee problem is unlikely to come soon from Brussels.

Mr. Janning, however, said that debate in Europe had shifted and most E.U. member countries were now willing to shoulder the burden of integrating war refugees.

"I think this is an opportunity,'' Mr. Janning said, referring to Mr. Juncker's proposal, "though it will need to be discussed by members. But it is supported by the majority.”

Germany, which is expecting to take in up to 800,000 refugees this year, has been pushing at the E.U. level for a quota system to distribute some of the refugees among other E.U. countries.

“What’s changed is that Germany is affected, for example it has seen that the Dublin protocols don’t work given the large numbers of people coming in and it has reacted to that, now German politicians support a more effective system, they want to establish a system together with other governments,'' Mr. Janning said. "In principle, this is a response to what Italy was calling for in the spring, and now it’s supported by a critical mass.”

But that was hard to measure from the reaction of members of the European Parliament to Mr. Juncker's speech.

The Luxembourg political veteran was applauded loudly but also heckled several times by some members of parliament who oppose an open-door policy.

Overcoming political resistance to housing refugees will be crucial to developing the common E.U. strategy sought by Mr. Juncker.

“It’s true that it’s opposed by many, but (Mr. Juncker) called for solidarity,'' Mr. Janning said. "It means there’s a mechanism that won’t have to be decided again and again which is what’s been happening this year up until now, there have just been voluntary commitments in the past that nobody monitored apart from naming and shaming.”