Most members of Handelsblatt’s Shadow ECB Council oppose a further easing of monetary policy. They argue that additional measures have diminishing returns and could cause more harm than good. 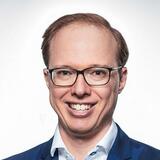 Several members doubt that it is possible to bring inflation and inflation expectations to two percent with more of the same policies.

Most members argued that additional measures have diminishing returns and that they risk doing more harm than good. Several possible negative side effects were mentioned. Extremely low or negative rates could depress productivity growth and weaken the banking sector. In order to reach a certain amount of money when they retire, some people could even increase their savings rate because of low rates. On the other hand, it was pointed out by several members that the positive effects of lower rates on investment would be limited. One member said the only effective channel left would be the exchange rate. Lower rates could push the exchange rate of the Euro down. However, this might provoke the US government to trigger tariffs on cars exported from Europe.

Some other members by contrast were in favor of further easing. They argued that doing nothing would push the fragile economy deeper into a recession. One member argued that most of the underperformance on inflation in the past years was due to the wrong policy mix. Monetary policy carried out 90 percent of the stimulus over the past years and fiscal policy failed to contribute sufficiently to crisis management. Without monetary stimulus the euro-area would have a deflation. It was also argued that monetary easing was still a powerful tool in some parts of the euro-area, for example Italy. One member said that a more radical rethink of the toolkit of the ECB would be necessary to prepare for the next downturn. Hence, it was argued, an unprecedented coordination with fiscal policy would be necessary.
Inflation Target

There was also a debate about the inflation target. One member emphasized that the ECB’s mandate was to maintain price stability. The idea that this would mean to keep it around two percent was only the ECB’s own interpretation of price stability.

Some members argued that the target below but close to two percent was far too concrete. They favor a more flexible interpretation of price stability, for example by tolerating an inflation rate between one and three percent. Others argued against that. One member said that settling with low inflation would be dangerous. He pointed out that there has been a decline in the natural rate of interest globally. That means the level up to which one can hike the interest rate without slowing down the economy is lower than it used to be. Therefore, it would be necessary to have sufficiently high inflation and nominal rates to avoid too high real rates.

Among the members who support more monetary stimulus most of them were in favor of a 10 to 20 basis point cut of the deposit rate and the introduction of a tiering system to ease some of the concerns around the impact of negative rates on the banking system. Some members favor raising the issuer limit for bond purchases and support a restart of asset purchases. Their proposals range from a volume of 20 to 50 billion per month for a duration of 12 months. One member suggested that further stimulus could also be provided through a threshold-based forward guidance on the basis of underlying developments in realized inflation.