"China will not close its doors but will only open them even wider."

China and Europe sit on the two ends of the Eurasian continent, yet geographical distance has not hindered China-Europe cooperation. As Chinese Premier, I have visited Europe almost every year, and felt first-hand the friendship between our peoples and the sound momentum of steady growth of our relations.

The recent successful visit by Chinese President Xi Jinping to three European countries provided another strong boost to China-Europe ties. On my part, I will be coming back to Europe for my first overseas trip this year for the 21st China-EU Summit. I look forward to meeting friends old and new, and working together toward a better future for both sides.

Europe has long been an advocate of openness. In the past 60-plus years, Europe has realized unprecedented unity through integration, and promoted progress and prosperity within the region and beyond by upholding multilateralism and free trade, inspired throughout by a firm commitment to openness.

Following this spirit of openness, Europe has been a pace-setter in developing relations with New China. Together, we overcame obstacles, broke barriers, and achieved many milestones in the exchanges between the two sides, such as the establishment of diplomatic relations between China and the Nordic countries, the “ice-breaking trip” by the British business people to China, and the establishment of diplomatic ties between China and France, to name but a few. 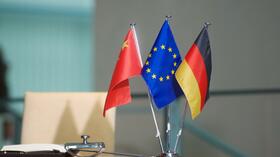 The past 40 years have also witnessed a 250-fold increase in trade between our two sides. The EU has been China’s top trading partner for 15 years in a row. Two-way trade hit a new record of US$682.16 billion in 2018. And China has been the EU’s second largest trading partner for years running. Close to eight million visits are exchanged between the two sides every year, and more than 600 flights connect us every week. I am confident that these figures will only grow bigger in the future.

Having opened itself to the world, China will not close its doors but will only open them even wider. More and more European companies are benefiting from China’s latest round of reform and opening-up measures. For example, BASF has announced a US$10 billion investment decision for a wholly-owned production complex in China’s Guangdong province. ING of the Netherlands and the Bank of Beijing will invest three billion RMB yuan to establish a joint venture bank, with ING holding a 51 percent stake, making it the first foreign-controlled bank in China.

The Foreign Investment Law recently adopted by the National People’s Congress of China is a basic law that embodies China’s commitment to high-level opening-up in the new era. It is designed to provide better protection for foreign investors and make China an even more attractive destination for overseas investment. China is ready to work with Europe to promote two-way opening-up and provide a level playing field for our companies to strengthen cooperation in each other’s countries.

During this China-EU Summit, the two sides will compare notes on a timetable and roadmap for intensifying negotiations on a China-EU Bilateral Investment Treaty. The two sides will also push for meaningful progress in the negotiations on the agreement of geographical indications, and hold the fourth China-EU Innovation Cooperation Dialogue. We want to use these efforts to develop new areas and new highlights in China-Europe cooperation.

China and Europe are both partners for win-win economic cooperation and contributors to world peace and stability. China attaches great importance to its relations with Europe and sees Europe as an important pole in the world. We firmly support the European integration process and welcome a united and prosperous Europe. Such a position will remain unchanged no matter how the situation may evolve. We have every confidence in the future of Europe and in deepening cooperation between our two sides. 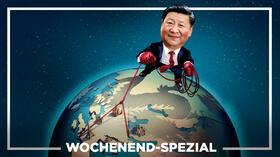 Faced with rising instabilities and uncertainties in the international situation and a resurgence of protectionism, unilateralism and anti-globalization sentiments, China and Europe need to jointly uphold multilateralism and the free trade system by following a strategic and global perspective and a sensible approach. Our two sides need to work together to promote an open world economy and address long-running issues and new challenges confronting the human society to inject stability into an increasingly uncertain world.

China will continue to cooperate with the EU on a broad range of issues, such as upholding the Paris Agreement, promoting sustainable development, adhering to the Joint Comprehensive Plan of Action on the Iranian nuclear issue and combating terrorism. We are ready to step up communication and build consensus with the EU on such issues as advancing the reform of the World Trade Organization (WTO) to fully accommodate the interests and concerns of all parties and better safeguard the interests of the majority of WTO members.

For China, which remains a developing country, there is still a long way to go to realize modernization in all respects. The achievements along China’s Eastern seaboard may have impressed many European friends. Yet, there remain considerable imbalances between urban and rural areas and among different regions in China. China’s per capita GDP last year only amounted to one fourth of that of the EU, and the average annual per capita disposable income was less than 2,000 euros for the nearly 600 million Chinese farmers. Nevertheless, as the largest developing country, China is ready to and is already undertaking responsibilities and obligations for global governance as befitting its capacity.

Given the differences in geographical location, history, culture, social system and development path, it is natural for China and Europe to have different views and even differences over some issues. As our cooperation grows in scale, problems and even frictions are hardly avoidable. Here in Europe I can see a keen interest among people of various sectors in the Belt and Road Initiative (BRI) and in the cooperation between China and Central and Eastern European countries (China-CEEC cooperation). We hope to foster stronger synergy between the BRI and the development strategies of the EU and pursue greater common development on the basis of consultation and cooperation for shared benefits. 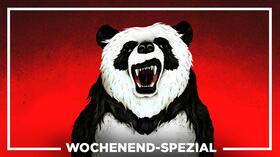 Following the China-EU Summit, I will visit Croatia and attend the eighth China-CEEC Summit. China-CEEC cooperation, as a platform for cross-regional cooperation, is oriented to promoting free trade and globalization. Along with many similar cooperation mechanisms in the world, the reason China-CEEC cooperation has developed smoothly and kept deepening can be attributed to the high degree of similarity and complementarity in the level of development between the two sides and to the fact that our cooperation is motivated by mutual benefit and common development.

As I said on many occasions, China-CEEC cooperation, which has developed in the larger framework of China-Europe relations and EU laws and regulations, is conducive to more balanced development and unity of the EU and serves as a useful complement to China-EU relations. This is how we see and do things. China and the EU have far more common interests than differences. And our two sides have the wisdom and capability to properly handle differences, jointly tackle challenges, and expand mutually beneficial cooperation to the benefit of our nearly 2 billion people.

According to a European proverb, “Those who work alone, add; those who work together, multiply.” The trend of world development calls on us to make timely and concerted efforts to promote openness and mutually beneficial cooperation. This is what we should do: delivering more benefits to our peoples and making greater contribution to peace, stability and development in the world.