U.S.-President Barack Obama is displeased because of a piece in the Handelsblatt written by the economic adviser for Mitt Romney. But he is wrong: The real trouble is Obama's debt policy. A commentary. 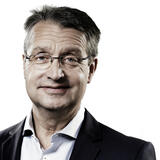 During a news conference at the G-20 Summit in Los Cabos, American President Barack Obama beat up one of our op-ed writers. Obama blasted Glenn Hubbard, a distinguished Professor of Columbia Business School, in New York, who also happens to be the chief economic adviser for Mitt Romney.

"Don’t follow the Americans" was the title of Hubbard’s piece in our newspaper’s recent weekend edition, where Mr. Hubbard made his case against excessive debt creation. Obama`s aggressive response: "We have one president at a time.” He accused our op-ed writer of breaking a rule. Criticism has to stop at the water’s edge, the President said.

I think the American President missed the point.

Debt creation is not an American issue alone and debt addiction is an illness, which has affected all of our societies. Our ability to create growth and to promote new and better jobs is shrinking. To date, America has pushed the debt ceiling 81 times, and the debt-GDP-ratio far exceeds the European level. The U.S. deficit is growing by about 3.5 Billion Dollars every single day. 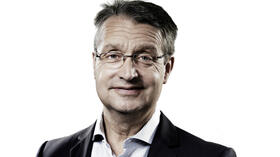 To force Europeans into the same car seems irresponsible to me. This journey will end as a nightmare. After two hyperinflations in Germany’s history (where people have lost everything they had) we have learned our lesson.

I only wish our American friends could realize, it’s time for real change.
Obama has it right: There can only be one president at a time. But maybe he is the wrong guy in the driver’s seat.