The outside view The towel truce

Germans are internationally notorious for preemptively reserving beach chairs. Andreas Kluth ponders the potential for humor and harmony in that. 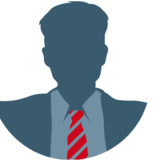 It is the season when Americans and Europeans head for southern beaches to face the Teutonic menace: Germans who wake up early to reserve – efficiently and ruthlessly – their beach chairs by placing hotel towels on them before heading off to the breakfast buffet.

No matter how much Germans try to deny it, this stereotype about them is old and ubiquitous. Its classic artistic exegesis is a 1993 television ad by the British brewer Carling Black Label. The spot is set to the soundtrack of „Dam Busters“, a British film from 1955 in which strapping English pilots bounce bombs over a river and into a Nazi dam.

Rather unsubtly, the 1993 beer ad features, well, a strapping English lad bouncing his towel over the swimming pool and onto a beach chair before the German hordes can occupy it.

Like many stereotypes, this one is true. And towels are the least of it. Try eating at a self-service restaurant. In some countries you might order, get your food and then find seating. In Germany, that etiquette will find you holding your tray and standing forlorn amid tables „reserved“ with jackets or hats. Something similar happens with library carrels in Germany. Or hotel rooms, anniversary venues, you name it.

In my unscientific ruminations, I have concluded that this Germanic pathology of obsessive reserving (chairs, rooms, carrels…) is really a yen to order the future, whether it’s the next hour or the rest of one’s life. Germans dread randomness, chance, and uncertainty. A proper German future, like a proper German citizen, ought to behave itself and follow rules. 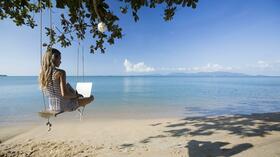 There is a fringe theory ascribing German angst about the future to the Thirty Years War, and all the other wars Germans subsequently endured. Those Germans who cleared the rubble, the story goes, taught their children the need to save, to plan, to book ahead. Those children are today’s package tourists.

By this logic, Syrians may one day become our next poolside bane, after their war is over. And isn’t that something to pray for? Ultimately, this problem of the future – the fact that you cannot place your towel on it – describes the human condition. The Buddha might say that we suffer because we cannot be sure we will find a table, a beach chair, a house, a life.

Viewed this way, this beach season becomes more promising. If we’re all in this together, why not share the Carling Black Label by the pool and then go dancing together? One last thing about this stereotype: A couple of summers ago, a British travel site commissioned some research. Yes, the study found, the Germans really do it. And yet – wait for it – „Brits are twice as likely to reserve a sun bed with a towel.“