Europe can find its answer to the disintegrating society in the debate on „America first“. The capital markets can drive out advantages for everyone. 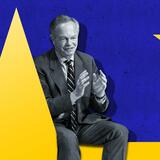 The fronts are clearly defined in the 2019 European election year: The pro-Europeans here – frequently mentioned with the descriptor “fervent” –, and the naysayers other there, the sceptics, the populists. Macron vs. Salvini, Merkel vs. Orbán. Both sides have fired heavy artillery in the daily battle for citizens’ sympathies. Yet no one even bothers trying to persuade those from the opposing side anymore – suffice to say it’s enough to strike a nerve among those in one’s own camp, to mobilise the sympathisers.

So the question is, what else do we Europeans have in common? What can be done to counteract the growing division? Though few want to hear it, one cannot help but note that in times of “America First”, many on this side of the Atlantic are also asking, “What’s in it for me? What economic advantage do I get out of it?”

And this is precisely the point where the European Union should act to restore natural cohesion. Only it can unleash our greatest potential by realising a true internal market. At the heart of this must be the development of a common capital market.

Although more than 60 years have passed since the founding of the European Coal and Steel Community (ECSC), the EU has yet to bring a genuine internal market into existence. How do we know? Despite the fact that we are a market with more than 500 million relatively wealthy consumers, that we have every conceivable know-how at our disposal, that we are cosmopolitan and market-oriented, no significant start-ups have made it the “big league” of large global companies since the 1970s, with very few exceptions.

Yet they seem to be springing up like mushrooms in the homogenous domestic markets of the United States and China. This inevitably raises the question as to what distinguishes our corporate world from that of other large domestic markets. One cannot point to a shortage of large, modern companies; Europe boasts a number of them and they are essential pillars of our economy. And the European economy as a whole is also in an excellent global position.

What we lack are growth stars and starlets. In other words, companies that have the potential to develop global traction. Companies with a transformative character. We should therefore ask ourselves what needs to be done to get more European companies back into this league.

Companies like these are growing into global players at an extremely fast pace in the digital age, striking a contrast to those of the past. They succeed where they can scale their business the easiest – where the market is of a critical size. Pace in the 20th century was determined by natural factors, such as the expansion of logistics and production capacity.

Today, these obstacles are usually eliminated, spotlighting the disadvantages of markets that are too small. There are no customs duties in the single European market, but there is a plethora of common directives that make it difficult to enter the pan-European market without complications. Each country has its own authorities, special rules, taxes, and languages. Brussels is building up the necessary additional bureaucracy, but is not dismantling any local bureaucracy.

So it’s no wonder that European newcomers quickly lose the motivation to scale their business. The European market is a domestic market “light” compared to real domestic markets. Because companies only dream of real growth in the latter, true growth infrastructure has only been established in countries where such a market exists. This infrastructure is so successful that even our own growth companies are moving to these places.

Failing equilibrium on the capital market

And because it all works so well, investors are willing to play their part. While savings abroad and in the Far East end up on the capital market to finance successful growth companies, here they land in savings accounts in order to be lent exclusively to the safest clients possible. Because the banking business is risk-averse.

What follows is a growth-inhibiting spiral of a lack of supply and a lack of demand on the capital market. Without our own Apples & Co. we lack the success stories to bring investors to the market. This leads to a pronounced risk aversion among private investors, surpassed only by politicians who then exploit this attitude for their own purposes, e.g. within the framework of pension schemes: “Better not buy risky assets” means in truth, “Please finance the state, not our economy.”

Accordingly, very little money flows through the capital market’s classic source of financing, institutional life and pension insurance, into growth financing. On the other hand, many potential financing candidates shy away from fragmented European capital markets because they appear too small, too expensive, too illiquid and therefore unnecessary. Lacking incentive to grow, they prefer to concentrate on the cheaper standard business that can be financed by banks. 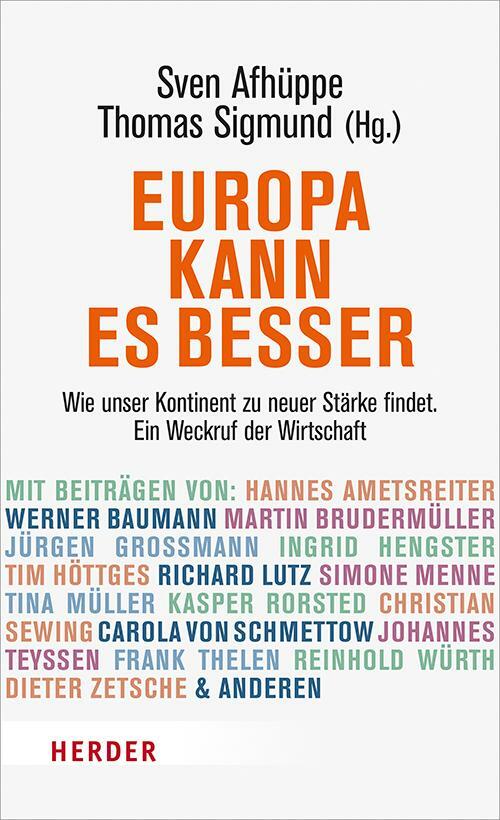 These weaknesses are, of course, well understood by the relevant institutions at European level – first and foremost the European Commission and the European Central Bank. In 2015 the appointed Commission led by Jean-Claude Juncker immediately set out to remedy these shortcomings by launching an Action Plan for a Capital Markets Union in 2015 under the leadership of Briton Jonathan Hill. The initial euphoria soon suffered a setback.

After the Brexit vote of his compatriots, the British commissioner no longer saw any sense in his activities. And so the only EU country with an actual capital market culture is slated to leave the Union. Switzerland – another European country that actually understands importance of the capital market for prosperity – will never join the Union.

What followed was something all too familiar to European observers: Big ideas were visibly washed away until only small, easily digestible building blocks were left, which were then presented as “mission accomplished” shortly before elected officials left office. Yet nothing was accomplished at all, because there was no change whatsoever in the crucial issue of expanding a dynamic capital market – also at the expense of the excessive dependence on bank financing.

The stumbling blocks are the same as those of all integration efforts at the European level. No one wants to give in on issues of national sovereignty, let alone renounce rights, if not absolutely necessary. The development of the stock markets is only ever supported as long as one’s own country profits, while big-picture solutions are postponed indefinitely. But a major solution is needed if we are to create a pan-European capital market that will become a real financing option for all types of companies.

Wirecard-CEO Markus Braun: Why we need more optimism in Europe

The capital market must also be available to the small and medium-sized enterprises that are so important for our economy. Additional financing options can make an enormous difference for them in particular. It takes a universe of innovative local stars to produce a global one. So it will take a great deal of effort to explain the importance of this issue to the newly appointed Commission after the European elections, and to convince it to raise the bar when it comes to the capital markets union.

Which should not be too difficult, given that we are talking about the prosperity of EU citizens and the tangible value of this community for everyone.

Three essential levers will be impossible to avoid: A key aspect on which many of those responsible in Europe are flinching is the question of tax sovereignty. The embodiment, so to speak, of the sovereignty issue in Europe.

Let us not kid ourselves: Financial professionals and private investors operate in the capital market. Taxes are a crucial factor for this group. Without a certain uniformity in the European Union, or at least medium-term convergence, there will be no great whole, only opposition.

The second important issue is likewise economic in nature. Increased activity on the capital market has to be worthwhile for commercial stakeholders. The capital market is not a charity, but is fundamentally geared toward profit. There can be no incentives for stagnation financing at the expense of growth financing. Greater transparency on the part of companies active on the capital market should be incentivised. The unequal treatment of equity and debt capital will also have to end.

Those responsible should maintain a healthy sense of proportion so that there are no socially harmful risk developments in Europe; consider the shadow banking system in China. The third and perhaps most important aspect concerns the risk associated with our European risk aversion. We should ask ourselves whether it is still justifiable, in times of impending poverty among the elderly of today’s active population, to invest the overall economic savings with as little risk as possible.

We should ask ourselves whether we are not already at a point where a healthy level of risk-sharing in the economy is not only justifiable, but morally appropriate. Many economic operators would be prepared to take on more risk. Banks and insurance companies would like to do more to finance growth. But at the moment this is actually penalised with regulatory measures. One can only hope that it will not take another major economic crisis to identify the need for action and make the necessary headway.