At the meeting of the Shadow ECB Council on 1 September 2011, a three-fifths majority supported an unchanged policy stance of the ECB, but with a bias towards easing. 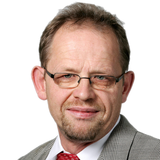 Frankfurt At the meeting of the Shadow ECB Council on 1 September 2011, a three-fifths majority supported an unchanged policy stance of the ECB, but with a bias towards easing. Three of the 15 members favoured an immediate 50bp rate cut. There was a strong consensus that economic prospects had deteriorated markedly in the euro area.  Members revised down their growth forecasts for this year and next year strongly. Many of them see a high risk of a relapse into recession. A majority of members urged the ECB not to wind down their purchases of Spanish and Italian government bonds prematurely. There was a strong consensus supporting a strong commitment by the ECB to provide ample liquidity to the banking sector and possibly providing it at longer maturities.

Members forecast much lower growth in 2012

Assumptions: Most forecaster assumed that the ECB would leave its key policy rate at 1.5 % for the next six months.

Members agreed on the diagnosis that the economic environment had deteriorated. Many saw a significant risk of a relapse into recession. Some cautioned that average forecasts implied growth at or above trend this year and slightly below trend next year.

Three members regarded the recession risk to be so acute that an immediate 0.5 percentage point cut to 1% of the ECB’s main policy rate was warranted. In addition to the three members favouring an immediate rate cut, six other members (of the fifteen) advised the ECB Governing Council to leave its policy rate unchanged at the next meeting on 8. September, but to communicate clearly that they were ready to cut rates, should the economic environment deteriorate further. Meanwhile, five other members advocated unchanged rates, while having an open mind concerning raising or lowering rates in the future, depending on further developments. One member advocated unchanged rates with a bias toward further policy tightening.

There was strong and widespread support on the Shadow Council for the ECB’s decision to reactivate its Securities Market Programme (SMP) to purchase, for the first time, Spanish and Italian government bonds. Most members urged the ECB to keep up these SMP purchases as needed, rather than phasing them out rather quickly, as had been done during the summer of 2010. However, several members raised concerns that unconditional large-scale bond purchases by the ECB could undermine the incentive for the respective governments to rein in their deficits quickly and decisively.

There was unanimity in the judgement that the fragile situation of the banking system required the ECB to continue providing very generous liquidity to banks. Members advised the ECB Governing Council to issue a strong commitment toward providing unlimited liquidity for as long as needed and to consider offering longer-term liquidity instruments than currently.

The ECB Shadow Council was founded in 2002 upon an initiative of Handelsblatt, the German business and financial daily. It is an unofficial panel, independent of the ECB/Eurosystem, and comprising fifteen prominent European economists drawn from academia, financial institutions, consultancies, companies and research institutes.

The Shadow Council usually convenes by telephone conference on a monthly basis (though in November it holds a physical meeting). Its discussions take place a week before the monthly official ECB Governing Council "policy" meetings, and are intended to formulate an opinion as to what monetary policy decision its members believe that the ECB's Governing Council ought to undertake, both at its forthcoming meeting and also on a three month horizon. Shadow Council members are encouraged to submit their own economic projections for euro area activity and inflation on a monthly basis, which constitutes the panel's forecast consensus as published each month.

The Shadow Council's discussions and recommendations differ from surveys of economists concerning the outlook for ECB interest rates because the Shadow Council recommendation expresses the majority view of its' members opinion about what the ECB should do, rather than what they forecast it to do (and hence the "normative" views as expressed by Shadow Council members on what they consider the ECB ought to do can and often do differ from what they might say they expect the ECB to do). This "normative perspective can, however, give an early indication of shifts in the balance of opinion in the expert community, as can be seen by comparing the historic recommendations of the Shadow Council against subsequent decisions undertaken by the ECB Governing Council.

Members of the Shadow Council base their recommendations on the ECB's objectives as defined under the EU Treaty, though Shadow Council members do not necessarily adopt exactly the ECB's specific interpretation of its mandate: most Shadow Council members consider that a medium term inflation objective of two percent with a symmetric tolerance band around it would be clearer, more realistic and more appropriate than the definition adopted by the Governing Council, which defines price stability as an inflation rate of "below, but close to, two percent", in the medium term.