At the meeting of the Shadow ECB Council on 30 June 2011, one third of members voted in favour of raising the interest rates by 25 basis points at the next ECB meeting on Thursday. A further third argued for a tightening in the next three months, and the last third recommended keeping rates unchanged for a while. 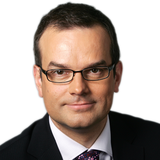 While a clear majority of Shadow ECB Council members kept supporting the gradual tightening on which the European Central Bank seems to have embarked, worries about the state of the world economy and the Euro debt crisis played a prominent role in the discussion. There was a strong consensus that the ECB should continue supporting banks through non-standard measures. Members warned against a private sector participation in the Greek rescue packages and criticised the ECB stance in this discussion.

The Shadow Council was divided on the outlook for the world economy. Some saw just a short “soft patch”, especially in the United States, others felt that a collapse of the recovery was possible. While some business sentiment indicators in the Eurozone had recently surprised on the upside, other data pointed towards a slower growth in the coming months.

Assumptions: Most forecasters assumed that the ECB will raise its key policy rate to 1.5 % within three months and further to 1.75% within the next six months.

The Shadow ECB Council was divided on how serious the current risks for the world economy were. Some argued the ECB should keep rates on hold until the picture has become clearer. They fear that the current soft patch in the US economy could still become a double-dip recession. They described the recovery in the Eurozone as much weaker than expected – except from Germany. In their view the debt crisis in the Eurozone holds further risks for the recovery: A debt restructuring in Greece could still lead to a widespread contagion in the Eurozone and derail the recovery.

Others said that current growth rates in the Eurozone were on a level that was consistent with the long-term average, but rates were still very low. So in spite of risks for the global economy, the ECB should in their view continue raising rates towards a neutral level.

Some members also saw first signs of second round effects in inflation. Pay increases especially in Germany are due, in their view, to rise more strongly as soon as wage negotiations in bigger industries start. They also pointed to rising real estate prices in Germany and France as signs of higher inflation expectations. All in all, six members became more hawkish in their votes and only one more dovish.

All in all, the Shadow ECB Council is in favour of a careful continued increase of interest rates. Five members are in favour of an immediate hike on 7 July. But only one of them keeps an upward bias after that. A further four voted for no change this week, but with an upward bias, meaning that they favour higher interest rates in the next three months. Six members want to keep rates unchanged for the foreseeable future, but no one is in favour of lower rates.

As in June, there was a strong consensus on the Shadow Council that the fragile situation of the banking system required the ECB to continue providing very generous liquidity to banks. At some point these non-standard measures would have to end, some pointed out. But since it is hard to imagine Greek or Irish banks being able to stand on their own two feet again in the foreseeable future, some members proposed special facilities to provide banks from these weak countries with cheap liquidity for the longer run.

Most members viewed the ECB’s stance regarding a possible voluntary rescheduling of Greek government debt as overly strict. While politically understandable, it was economically wrong, some argued. They consider it a mistake to make the future of Greek banks dependent on the Rating Agencies’ verdict if a certain design of the rescue package constituted a selective default or not.

Members also argued that a private sector participation in the next Greece rescue package could prove counterproductive when the conditions were too intransparent. Should investors fear that participating banks could need fresh capital a loss of trust in the stability of Eurozone banks could be the consequence, they warned.